Truth & Justice for the Disappeared 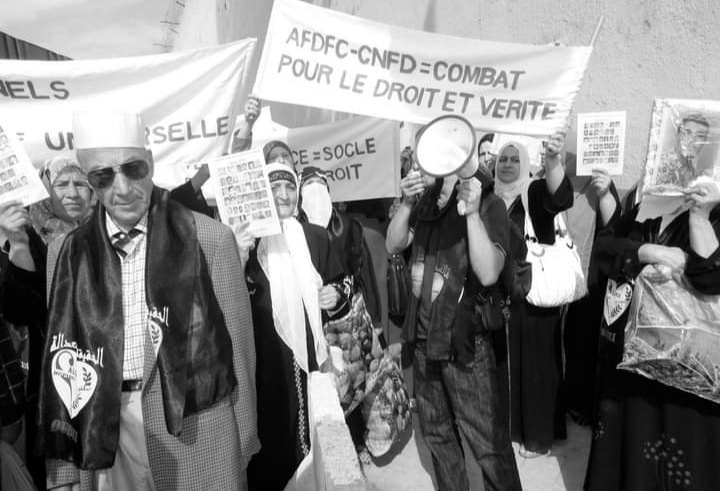 Courtesy of the National Coordination of Families of the Disappeared

“Truth and Justice for the Disappeared” is an online portal pushing for the implementation of the decisions (or “Views”) of Human Rights Committee (HRC) relating to cases of enforced disappearances committed during the Algerian civil war that ravaged the country in the 1990s. It indexes all the cases addressed by the HRC.

In the 1990s, Algeria was plunged into a civil war known as the “dark decade”. By the time the conflict ended in the early 2000s, 200’000 people had lost their lives and thousands more had been injured. All parties involved in the hostilities committed gross human rights violations. In this context, the country experienced a widespread and systematic practice of enforced disappearances. The number of people who disappeared during the civil war ranges from at least 7’000 to 20’000 according to estimates.

Decades since the end of the Algerian civil war, the whereabouts of thousands of forcibly disappeared persons are still unknown and the perpetrators have not been held accountable. Following the adoption of the Charter for Peace and National Reconciliation in 2006, victims and their families have been left with no recourse to seek justice or uncover the truth regarding the fate and whereabouts of their loved ones. As a result, they have had no other choice but to resort to international mechanisms in order to seek redress.

Since 2006, the UN Human Rights Committee adopted a number of decisions which found Algeria in breach of multiple violations of international human rights law. In each of them, the Committee urged authorities to carry out effective investigations into the disappearances, release victims if they are still alive, hold those responsible accountable, and provide adequate compensation to families. To date, none of the decisions adopted by the Committee have been implemented. This portal aims to highlight the lack of implementation of individual decisions while emphasizing the need to guarantee the right to truth and justice to all those affected by the practice of enforced disappearances during the civil war.